29 Dec A bit more about me and my Weight gain

Posted at 05:16h in My Weight Loss Journey by SeeMe 2 Comments

Let me tell you more about me, my lifestyle and my weight gain. I have a diploma in Computer Science and I have also completed a course in Photoshop. I started my work as a web designer in my brother’s company

I weighed 62 kgs during my college days and when I reached the age of 22, I started gaining weight tremendously. Within a few months, I weighed 73 kgs. A sudden increase in weight left me worried and I immediately consulted a doctor. I was detected with a thyroid problem and got really tensed about it; but I did not do anything for it L, That was a big Mistake..

There was no major change in my weight after my marriage; it was approximately 73 kgs. I gave birth to my first child, my daughter, within a period of 1.5 years after my marriage. I did not wish to eat anything during that phase; tea, coffee, curd, etc. I used to stay unwell most of the times and that led to my weight loss. I lost a whole of 8 kgs and weighed 65 kgs instead of 73. I felt so happy to lose all the weight. But alas, it did not last long. Within a period of 1 year, I gained all the weight back and I measured 70+ kgs.

Along with the task of being a house wife, I also worked as a designer from home. I also had the responsibility of a child. There was so much work that I couldn’t keep track of time and days flew unknowingly. I also thought about losing weight at that time and I started exercising. I exercised for a few days but then again, I quit it. This went on and on. I discussed about this thing regularly with my husband and thought about it very seriously, thinking to start exercising with all new energy and enthusiasm each time, but as usual, I quit each time and went back to my normal lifestyle.

During this phase, my thyroid (TSH) was never detected as normal. It always remained 30+, whereas the normal range is 3-7. My T3, T4 levels were detected normal but TSH always ranged above 30 (even my TSH level had increased to 78). Yes, this is a very huge number. I did not do anything about it except for taking medicines, but honestly, I did not even take medicines from some time.

Whenever I thought about losing weight, I felt the need to exercise, stop eating & drinking and follow a fat free diet which is also expensive. I was stuck and had a feeling of fear which simply did not allow me to begin my weight loss journey.

I felt that I had lost all the will power to achieve what I wanted due to failing miserably till now! I wished to do it so badly but never did anything about it.

My husband was always worried about my obesity, well being and my life ahead. He always encouraged me to do something about it and suggested that I should begin an active activity. But I did not budge and ended up doing nothing. His suggestions and encouragement turned into scolding L. I also suffered with knee pain during that time. I searched the reason behind it online and found out that it was due to my heavy weight. When I stood up suddenly after sitting for a while, I couldn’t walk properly due to the knee pain and back pain.

My son grew up to be 2.5 years old and with his age, my weight increased too.

I weighed 90 kgs during that time (2015). It had crossed all limits and my weight started affecting my normal life, whereas I was only 33 years old. This rather affects people aged 40+; but I was a victim in this age itself.

Year 2016 is arriving and my resolution was to lose weight in that year. If I don’t do it now, I won’t be able to do it ever. I still had my half life to live.

NOTE - Friends, I am not dietitian or Doctor, I write information here on the basis of my own 25 kilo weight loss experience and sometimes from online research. Please take doctor advice before applying any tip, as each and every human body is different.

Hi, I am Seema, mother of two Naughty and Beautiful kids. I love trying new recipes and finding Kitchen hacks. From january 2016, i am trying to lose weight and successfully lost 28 kg, my aim is reducing 30 kilo. Here in this blog, I am sharing all my experience. By god grace, hope this Dream comes true soon 🙂 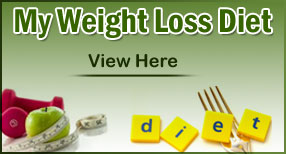 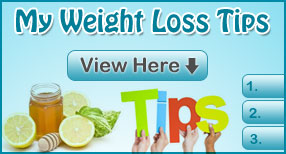 I Love My City – Jaipur 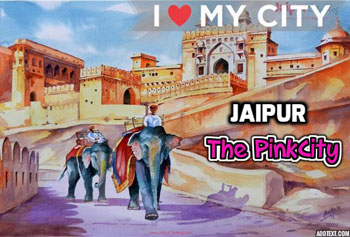 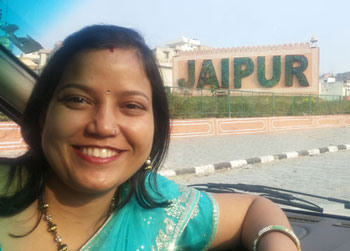